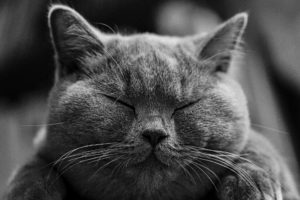 If you have a cat at home then you want to make sure that he’s having a good time. After all, a bored cat is not fun to hang around with. Luckily there are thousands of different cat toys so you can play with your cat. That’s why I’ve compiled this list of the best interactive cat toys. Take a look and see if any of them would be good for you and your cat.

Note: even though cats can have a lot of fun by themselves, it sometimes is better to involve yourself in the fun. That’s why I only chose cat toys in this list that you have some influence over (e.g. interactive). There are many more cat toys out there, but to keep a good list, I’ve decided not to add. For instance, there are many cat towers that are great for cats to have a lot of fun. But they’re not too interactive. Find more information about cat towers here.

Cats are creatures that need to have fun. You see it when they’re young. Kittens always find a way to play and playfight with other kittens. It’s a crucial part of their development. Not only because they have to do something to pass the time. But it’s also good for developing the coordination, balance and strength necessary to live a good cat life.

And when they’re no longer kittens, this process doesn’t stop. In order to keep all his senses (and coordination) as good as possible it is absolutely necessary that a cat can play frequently. Whether that’s with other cats, or with a toy – doesn’t really matter. But if your cat is indoor all the time, and doesn’t have any other cats to play with – then it’s a good idea to check in the following list of the best interactive cat toys if you see anything that will purr up your cat!

If you like to have cat towers in your house, then you’re absolutely going to love the Kitty City cat tower. Why? Because you can design the shape and the different levels of it. It’s like a mixture between Lego and a cat tower. Which means that you can try out different shapes of the tower and let your cat check if he likes it.

And if he doesn’t? No problem, then you just change it. Another great thing is that you can also get smaller add-ons (or just get the Kitty City tower set twice!) so you can make a huge cat tower with everything that your cat needs.

I’ve written a complete review of the Kitty City cat tower in one of my previous posts. I highly recommend you check it out!

One of the best things that you can do for your cat is get him something that moves out of itself. This is done to simulate his hunting instincts. For example, if your cat would be out in the wild, he would probably be trying to catch birds or mice. But now that he’s inside – when was the last time he went hunting? Exactly, probably too long ago.

This can be bad for a cat, since he needs to be active and his instinct demands from him that he goes out and hunts for something. It doesn’t have to be something that he can eat either. But the most important part is that it moves and demands concentration and coordination to catch.

These are 2 integral cat skills and you would do well to give your cat the opportunity to practice them.

You can go to Amazon and check out all the cat toys they have. There thousands of different little self-moving balls that you can activate. Your cat will then try to catch them and go crazy if he can’t. As we said before, it’s a good idea to let your cat do this a couple times per week so you can make sure that his internal cat instincts aren’t wasting away.

And as a bonus. It’s also a lot of fun to watch him play and try to catch the ball. Which is exactly what you want from a good interactive cat toy.

This one’s a classic. You’ve probably already done this at some part of your life. It may not have been at your home with your cat, but chances are that you’ve played around with a laser light and a letting a cat try to catch it at some point. I recommend you just go to any site that sells little laser pens. Or maybe even the local pets magazine to get one.

The obvious benefit of doing this for your cat is that he will get to practice his concentration and coordination skills. But I still prefer to give my cat something real to play with. After all, I don’t think it’s too good for a cat if he will try to catch a laser point – but there is nothing physical for him to catch.

This may make him go a little crazy and might weaken his instinct, because he is trying to catch something that just isn’t there.

The final thing in this list of best interactive cat toys is a free one. You can put on a YouTube video of other cats on your TV and let your cat watch it. It will be guaranteed fun for everyone. Your catch will be staring and mesmerizing what this other cats are doing in his territory. You can also make a video of your own cat and then let it play on a big screen.

Or turn on your phone and put the camera on selfie mode. Let your cat watch it and see how he tries to give himself a paw.

P.S. hope you enjoyed this list of best interactive cat toys. If you want more stuff for cats, please check out the Kitty Tube